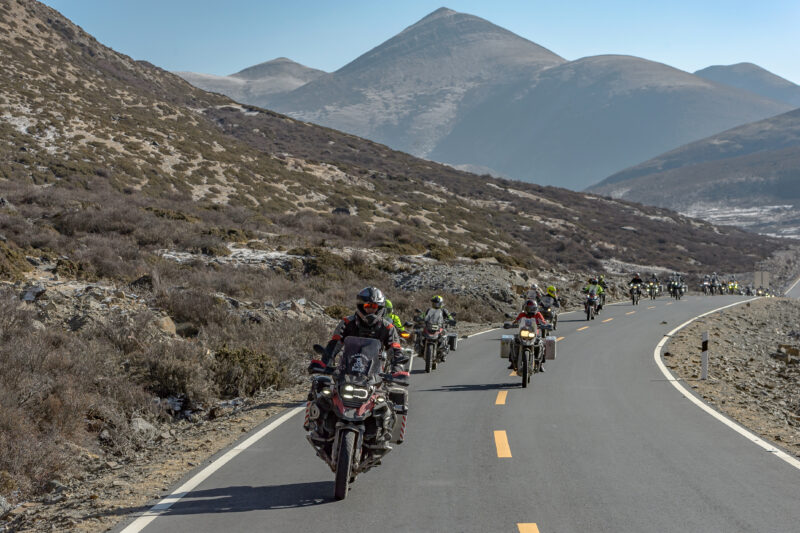 About 1000 km through the mountains – the Balkan Mountains, the Rhodopes and Rila. Driving along picturesque roads, visiting the old capital of Bulgaria – Veliko Tarnovo, the SPA capital – Velingrad, the biggest ski resort of Bansko, numerous historical and cultural monuments, strange creations of nature and natural phenomena.

Landing in Sofia – the largest city and capital of Bulgaria. Transfer from the airport to the hotel. Evening briefing to introduce each other and present the route. Dinner.

The adventure begins. A transition from the western to the central part of the Balkan Mountains – part of the Central Balkan Natural Park. Somewhere in the middle of the route, we will stop at the Beklemeto Pass, where next to Goraltepe peak (1595 m) there is an amazing arch - monument. A roman road built during the reign of the emperor Trajan crossed the mountain at this pass to connect the ancient town of Ulpia Oescus to the north and Philippopolis (today’s Plovdiv) to the south. The route ends in the old capital of Bulgaria – Veliko Tarnovo. For almost two centuries (from the end of the XII till the XIV century) the city was the capital of the Second Bulgarian Kingdom. The most interesting site of the city is the fortress of Tsarevets – one of the symbols of Bulgaria.

Our route continues through the most famous pass in Bulgaria – Shipka. Before that, you will enjoy a curious meeting with Etara - an open-air ethnographic museum, which will show you the daily life and sources of work and living of the Bulgarians during the second half of the XVIII century and in the XIX century. Etara is distinguished for the fact that visitors are not only able to look at the exhibitions but they can take an active part in the production of some products. There are the following workshops in the museum – pottery, weaving, saddle-making, cart-smithery, furriery, icon painting, woodcarving, for traditional musical instruments, bakery, etc. Reaching to the top of the pass, we will face the stunning view of Shipka Monument of Freedom – a memorial honoring those who lost their lives for the freedom of Bulgaria. The bloodiest battle, which was decisive who would win the Russo-Turkish War of 1877-1878, was fought there. This battle resulted to the liberation of Bulgaria from the five-century Ottoman yoke. The monument was officially opened in 1934. Official commemorations and celebrations of the anniversaries from the liberation are held there every year, on March 3rd, under the patronage of the President of the Republic of Bulgaria. We will drive down to join the main road to Sofia and will climb the highest Bulgarian mountain – Rila. Undoubtedly, Rila is one of the most picturesque mountains, which opens breath-taking views from its tops all year round. There, we can find many rivers, springs, brooks and crystal-clear lakes. With its highest peak of Musala (2925 m), Rila is the undisputed champion among the local mountains. It appears to be a central hydrogeological point containing an enormous resource. One of the deepest rivers in Bulgaria starts there – Iskar, Mesta and Maritsa. In the afternoon, we will move to the final destination of our daily route – Velingrad, one of the hits of Bulgarian tourism, which in July 2009 was declared the SPA capital of the Balkan peninsula. This is a very prestigious award due to which this small city in the Rhodopes occupied leading positions in the rank lists of the most attractive SPA centres in Europe.

In the morning, we will set off to Batak – a historic city, which is well known in Bulgarian history for the April Uprising of 1876 and the heroism and self-sacrifice of its citizens. We will drive further on the picturesque road along Vacha Dam Reservoir and the city of Devin – famous for its mineral water of miraculous properties. We continue along the southern parts of the Rhodopes to the city of Gotse Delchev and set off north along the valley of the Mesta River. Very soon after that we will reach an amazing place, where three mountains join together – Rila, Pirin and the Rhodopes. There, we will find the biggest ski resort in Bulgaria – Bansko. The city of Bansko itself is always crowded with tourists. The summer season starts immediately after the end of the winter season, which starts in December and ends sometimes in May. Mountain hikers, bikers, extreme sports and horse-riding lovers arrive then. The folklore festival and the international jazz festival are the most important cultural events in the city, which attract thousands of tourists. Our tour will end in Sofia, where you will enjoy your final dinner with us and you will be able to share your impressions and pictures with the other participants of the tour with KHL Mototravel!

Your flight back home is on this day.

What is included in the tour

Subscribe to our newsletter and we will keep you updated with our new tours and services.

Please fill in all fields!